“I play the lower layers”. Why restored roads of Kiev is constantly repaired 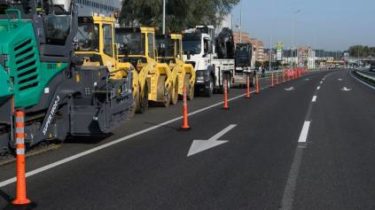 “I play the lower layers”. Why restored roads of Kiev is constantly repaired

City avtodorovtsy even refuse to communicate with journalists.

Roads in Kiev are clearly made according to the standards. You can do ten inspections and did not find grave violations. The trick is in the regulations. The main road-the law contains norms is so low that in fact is itself a crime. Imagine the capital’s pavement these standards are not designed, for example, the existence in the capital of the trolleybuses, because they are heavy for the current Kiev roads. Kievavtodormost know about it, but hard to trail the path, rolling in their millions, says the story TSN.Week.

“If the standard is not satisfied, the standard should be revised. Therefore, if this coating is arranged, it could not stand, but meets all the standards, it is necessary to take drastic decision to change the standards,” says traffic engineer Leonid Rybicki.

In the capital Obolon district six-lane street Jordan were repaired at the end of last summer. It would not need to touch for another two years, but the repairman is here working.

If more you look closely, the road closed cracks that somehow formed on the newly renovated street. On top of all the asphalt is covered with faults. Coverage as if survived the earthquake and lived only six months. This is even understated, the standards do not fit.

In the center of Kiev under the earth the car

In Kiev road maintenance management did not want to communicate with journalists. Leaders understand the robbed citizens.

In turn, Deputy Chairman of the Obolon district of Kyiv Roman Lelyuk said that they are not related to repairs, but you know the situation. “According to KP, CHEU, cracks appeared in the result of the fact that the bottom layer, which is started playing. And the new, which put cracks that now the KP SEU liquidated,” – said the official. Thus, the old asphalt on the Jordan served from 25 to 40 years, but instead of a full repair of the road was removed only the top layer and redid it. The lower, older layers remained in place. They did not investigated. And it was the law, because the law does not allow it to do the current repairs.

“Unfortunately, it showed that there was a need to do reconstruction. Unfortunately, the lower layer of asphalt continues to play. In fact, I was also outraged by the situation when it happened. When I asked why, it was explained that indeed, it was necessary to do the reconstruction, to remove the layers, put in new ways,” said Lelyuk.

This is a new method of Metropolitan road against pits. To remove the top layer of the old road and roll new asphalt. In fact, a fight against windmills for the money of the citizens, because at 600 meters the road and spent nearly 5 million hryvnias.

Street Mostecka the road is also repaired, SAW. There is also only replaced the top layer, so the stops formed rut. In some places appeared. Repaired a piece of the Truth – rut. “Last year was reconstructed, street of Heroes of Dnepr. There you can walk. There is a good situation. It is in excellent condition. She survived,” said Roman Lelyuk.

Supposedly the model street was such a short time. Here recently already had the repair. Rutting, at bus stops indicates that the canvas is not designed for load even public transport. Hired by the owner – all be altered hack for their own money. For processing errors, SEU will pay from the budget. And rest assured – you will get just as bad because it seems, is their way of existence: the worse you do, the faster you get the money for the next patching.

Videots.Week inspected the state roads of the capital, which has recently been repaired

Is there at least one capital of Europe with the worst pavement than in Kiev – it’s a rhetorical question. Ukraine, according to research of experts of the world economic forum, among the ten countries with the worst roads in the world. Together with experts on the basis of documents journalists have discovered something unexpected. It turns out that the road did not find fault. Everything is clearly made in the regulations. The trick in the other – in the regulations. 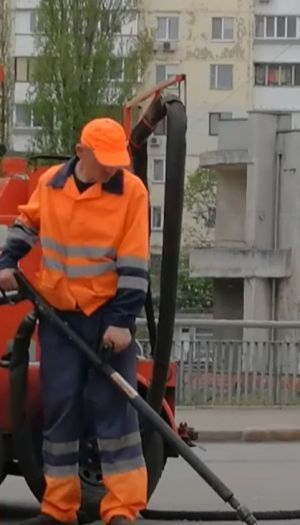