How much is childbirth in the United States experiment program “Groshi” 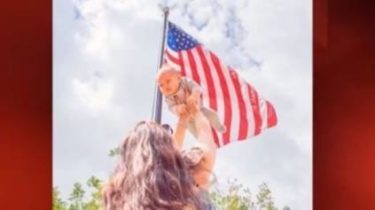 How much is childbirth in the United States experiment program “Groshi”

Births in the United States are becoming increasingly popular among Ukrainians in recent time, because children born in America are automatically granted citizenship of that country.

Births in the United States are becoming increasingly popular among Ukrainians in recent time, because children born in America are automatically granted citizenship of that country. Recently, this possibility was used by the wife of the Minister of infrastructure of Ukraine Volodymyr Omelyan, which according to officials have made it completely free through insurance. How much it actually costs to give birth in the United States, learned of the program “Groshi”.

The journalist of the program “Groshi” under the guise of a pregnant girl turned to one of the many companies that promise to help organize the births in the United States, to see how much it might cost.

“If you are planning to organize labor in America with our help, the minimum cost of such a package – 17 thousand dollars. They include childbirth, physician services, hospital stay, visa and flights” – that such a response is received by the correspondent of “Pennies “from the company representatives on the question of price.

However, if the expectant mother wants to go on birth together with the husband, to the amount of 17 thousand dollars it is necessary to add at least another twelve. That is, all together you get about 30 thousand American dollars.

As a team, “Pennies” tracked down from Kiev, who recently gave birth to a daughter in the United States, but organized everything myself, without help of any agencies. According to her calculations, the delivery will cost minimum of 10 thousand dollars, and also have to devote a lot of time to find a doctor to negotiate the hospital and accommodation.

As for the insurance, which says the Minister Omeljan, it turned out that there really is one called Emergency Medicate. However, it can only get citizens who reside in the United States, and have a low income (less than 49 $ 200 per year).

So, to free birth in the USA should not count, and better prepare sufficient amount of funds and free time for planning.

Read more in the plot of the program “Groshi”:

We will remind, the investigative journalism program “Groshi” will open an information week on Mondays at 22:30 on TV channel “1+1”.