Another violation of the Russian Federation: the EU condemned the construction of the Kerch bridge 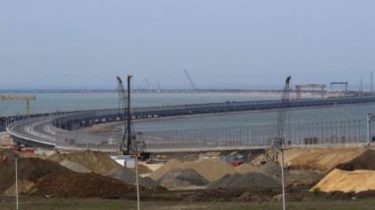 Another violation of the Russian Federation: the EU condemned the construction of the Kerch bridge

On the continent reminded that Crimea remains an integral part of Ukraine.

Russia has once again violated international standards of construction and opening without the consent of Ukraine of the bridge across the Kerch Strait. This is celebrated in Brussels released by the EU statement on the recent events in Crimea is requested.

“The Russian Federation has built Kerch bridge to the Crimean Peninsula without Ukraine’s consent. This is another violation of the sovereignty and territorial integrity of Ukraine by Russia. The construction of the bridge aims to further the forced integration of the illegally annexed the Peninsula to Russia and its isolation from Ukraine, of which Crimea remains. Bridge limits the passage of vessels through the Strait of Kerch to the Ukrainian Azov sea ports”, – said in a statement.

On rail it is not going. This night will go only passenger transport. Trucks are forced to wait until the Russian experts will conclude that it is safe for the facility. Crimean bridge, the Russians began to design and build immediately after the annexation of the Peninsula. First, its cost was estimated at 25 billion rubles, for 4 years the project has risen ten times. 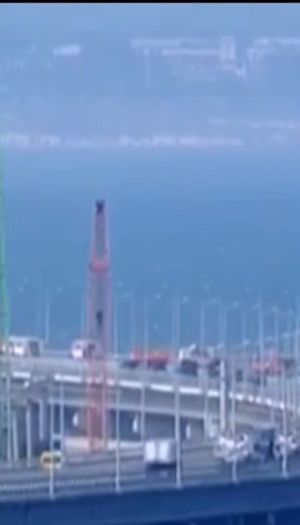 The EU recalled that Crimea continues to be perceived in the world only a part of the Ukraine. “The European Union further condemns the illegal annexation of Crimea and Sevastopol by Russia and will not recognize this violation of international law”, – stated in the document.

As reported, on 15 may the President of Russia Vladimir Putin personally opened the bridge, which connects Russia with the Crimea is requested. The Prosecutor of the Autonomous Republic of Crimea has established that Russia has caused environmental damage Ukraine the construction of the bridge, breaking the rules of environmental safety. The amount of loss reaches 10 billion UAH.