Lutsenko wants to prosecute “opublikowa” for false data in the Declaration 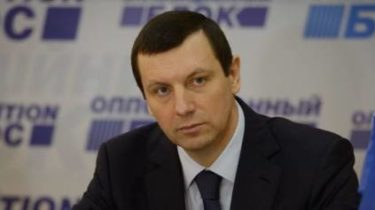 Lutsenko wants to prosecute “opublikowa” for false data in the Declaration

Performance against Dunayev will give Paruby.

Prosecutor General Yury Lutsenko has signed representation about consent on bringing to criminal liability of the people’s Deputy from “Opposition block” Serhiy Dunayev. About it reports a press-the Secretary of the attorney General.

In representation it is noted that the reason for the criminal proceedings according to article 366-1 of the criminal code of Ukraine “Declaring false information”.

Pre-trial investigation conducted by the NEB under the procedural management of SAP.

Attorney General #Lutsenko signed #the idea of granting the consent on #criminal prosecution of people’s Deputy S. Dunaeva. Pre-trial investigation conducted by the NEB under the procedural management of SAP according to the article 366-1 of the criminal code. pic.twitter.com/MqWEehFZxN

We will remind, Yury Lutsenko said that plans in the near future to sign the submission to the Verkhovna Rada on lifting the parliamentary immunity of three deputies. Names then the public Prosecutor did not name.