The owner of UNL Foggo: “the Lottery market may start a social movement in support of social projects” 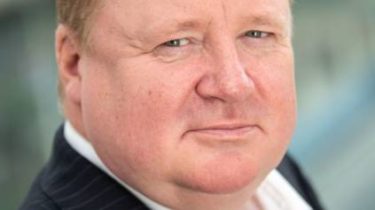 The owner of UNL Foggo: “the Lottery market may start a social movement in support of social projects”

The lottery market in Ukraine may start a social movement to support social projects via the lottery.

About this in his interview to “RBC-Ukraine” said the owner of the “Ukrainian national lottery” Michael John Foggo.

“Transparency of our business and attracting people to participate in the lottery, we plan to change the lottery market. And it’s not just a dream, it is a sober, pragmatic view, which I believe can develop into a social movement to support social projects via the lottery. And, of course, to make the lottery was a favorite pastime for many people,” he said.

“Our goal is when the majority of the population once a week to buy a lottery ticket for 5-10 hryvnia, for example, when buying products in the supermarket, and get a chance to win millions, thus making a contribution to social projects,” – said the British businessman.

Also in the interview, Mr. Foggo has denied reports in the Ukrainian media about the fact that the beneficiaries are the Ukrainian politics UNL Alexander Tretyakov, Gleb zagoriy, the businessman Boris Lozhkin, and Tretyakov is an option to purchase shares of the company.

“I don’t know any of these people. Yeah, I saw some articles in the Ukrainian media alleging such nonsense. I want to emphasize: I am not affiliated and may not be associated with Ukrainian politicians. And, incidentally, lawyers UNL are working on all of these false publications. For example, some media claimed that the company tried to capture by the raider. But before the purchase I of course checked with the help of lawyers absolutely everything about UNL, and I can assure you that the information about raider capture – not true. Information about the presence of someone of the option to purchase the shares of UNL is also an absolute fiction. Conducted financial and legal audit showed that there are no rights of third parties and other restrictions on the company’s transition into my property,” he said.