Women from the front, arranged an unusual fashion show on the catwalk of mystetskyi Arsenal 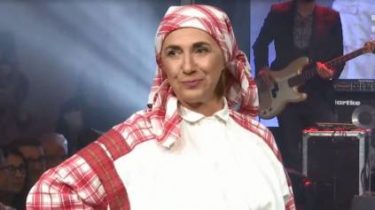 Women from the front, arranged an unusual fashion show on the catwalk of mystetskyi Arsenal

In the capital’s Mystetsky Arsenal held etnopolis day embroidered. Models in it were women, who are fighting in the East of the country, according to a story TSN.Night.

On the podium were military doctors, the journalists, the volunteers, who changed the usual camouflage and berets embroidery and heels. Some of the girls – the heroes of Ukraine, who are fighting and hundreds of lives saved. Some beauties told that for the first four years of the war shod shoes, not boots. “Strashin 1st Dobrovolskogo battalion “Right sector”. I have been through two or three days back in Shirokino. Have no time to switch, I remain at war. And those who have returned, such action will stimulate in peace, they will remember what it’s like to wear a skirt. It’s cool,” said the paramedic “tyra”.

They were dressed in dresses from Ukrainian designers, and next presented a collection of ancient embroideries, which are more than 200 years. They were taken around the world and finally demonstrate in Kiev. Students in national costumes told about traditional clothes of different regions of Ukraine. “Here stands behind each story – volunteer. When people were willing to give their lives, are so much good and beauty – it’s incredible,” said the Minister of culture Yevhen Nyshchuk.

Models have been women fighting in the East of the country, military doctors, journalists and volunteers. Some of these girls – the heroes of Ukraine. Behind them the fighting and hundreds of lives saved. Some beauties told that for the first 4 years of the war shod shoes, not boots. 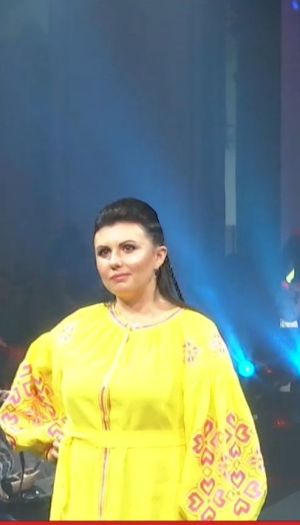