After a year in the hospital’s 90-year-old from Kiev, abandoned family, got a new house 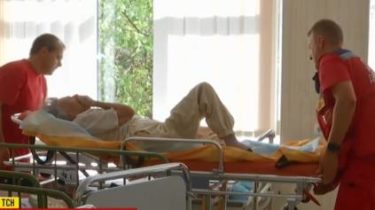 After a year in the hospital’s 90-year-old from Kiev, abandoned family, got a new house

The old woman was taken to a specialized Agency, but she does not believe in fact that relatives could do this to her.

In Kiev finally got out of the hospital a 90-year-old woman, who lived in the walls of the medical establishment for almost a year. Her long restored the documents, because the granddaughter did not bring them, says the story TSN.19:30.

Last year on 1 June Anne was in the hospital, before that she lived with her granddaughter Svetlana in a 2-room apartment, his own daughter long ago moved to Russia. When it came time for discharge, it turned out that no one is waiting. “It is for my granddaughter keeps asking where she is? Head rang, but she didn’t answer. The first time it came up, dropped, then disappeared when it went behind a statement,” said the doctor Galina Letovaltseva. The story TSN told me in March, and after the story of social services promised to make an exception and make with living relatives of Anna’s home for the elderly. The volunteers did everything to draw, from his granddaughter had to bring grandmother’s passport, but the document had to be re-done. “We agreed with Svyatoshinskiy district, we ordered the guys who were carrying her. And there are no conditions, there’s just a chair with a camera and they kept it on hand in order to photograph. Well, it was very difficult,” – said to help the old woman, the representative of the charity Fund “Swinger” Julia Parco.

Videobase that his granddaughter left the hospital, moved to a nursing home

TSN told the story of 90-year-old Anna, who was in the hospital with a stroke. When it came time for discharge, granddaughter refused to take her home. Now grandma is a ward of the state. Her long restored the documents, because the granddaughter did not bring them. 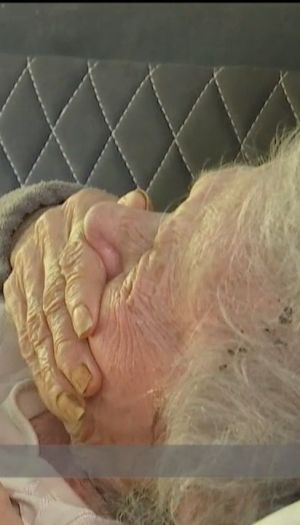 To leave the hospital room, Anna did not want to – everyone asked why not home. However, to remain a woman, because she is there illegally – to hold patients after discharge is prohibited. In the car the old woman asked, not taking her to a psychiatric hospital, but the volunteers assured me that in the nursing home. The pensioner does not believe that her granddaughter wants to take her home. No calls or SMS Svetlana does not answer, so reporters went to her personally to convey wishes from my grandmother. Door the girl also not opened, but after a few hours finally went outside to walk the dog. “I don’t understand what you mean. I know where she is, and I had,” said granddaughter and refused to talk further. A wish from my grandmother and her address had to send a message to the phone.