I will not eat the prison soup: Baluch told about abuse in the occupied Crimea 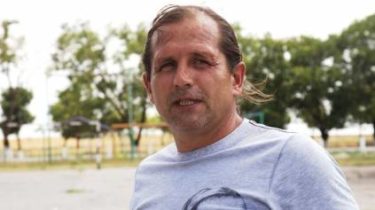 I will not eat the prison soup: Baluch told about abuse in the occupied Crimea

The prisoner explained the reason for her starvation.

Convicted by a “court” in occupied to the Crimea Vladimir Baluch wrote a letter in which he told why he decided to start a hunger strike, and about how he had to endure physical and mental abuse by prison staff.

It is reported by the Crimean human rights group.

“On 14 March this year, when another through a false verdict in the fabricated case against me in force, I have decided to declare a protest hunger strike, as an expression of his personal disdain for the occupying regime and their stinging that attempts to imprison all those who disagree with them, oginska-fanbase “ideology” ludinovokabel”, – stated in the message.

Convicted on false charges, the patriot of Ukraine said that a hunger strike for almost two months – as a sign of contempt to the occupation regime. Therefore, first in the Simferopol prison, he was abused, in particular beat, but eventually reconciled with his right to protest. The Crimean human rights group reports that Baloch “lost a lot of weight, but he was in good spirits”. 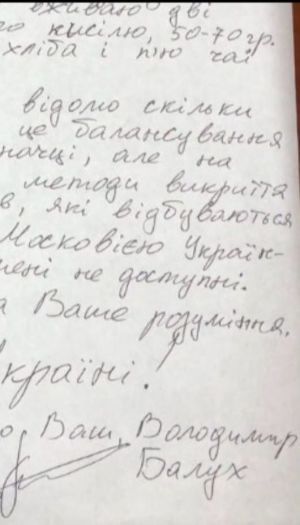 According to patriot, he never in all the time spent in captivity did not use prison “soup” and not voluntarily do this under any circumstances.

U.S. concerned about the situation Baloha, who continues hunger strike in the occupied Crimea

Recall that the Ukrainian Vladimir Baluch hunger strike to protest against the verdict, which he issued on 16 January 2018. According to him, Baloch should spend in a colony-settlement 3 years and 5 months. It should translate into solitary confinement prison, where he will be in a period of starvation.

During his concluding remarks at the meeting on 15 January Baloch said that the case against him was fabricated because of his political position”, and it does not make love the “new Home”. He was charged with illegal possession of ammunition and explosives that were allegedly found in the attic of his house.