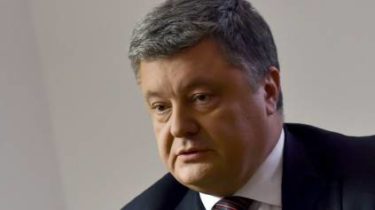 The President stressed that the prisoner of the Kremlin has put forward the only condition for ending the hunger strike – the release of Ukrainian political prisoners.

President of Ukraine Petro Poroshenko urged the international community to continue pressure on Russia to release political prisoners of the Kremlin.

About this he wrote on his page on Facebook after Ukrainian Director Oleg Sentsov, who is sitting in a Russian prison on trumped up charges, announced an indefinite hunger strike.

In turn Poroshenko has assured that Ukraine continues to struggle and makes every effort to release all illegally detained Ukrainians, who are being held in occupied Crimea, Donbass and in Russia.

The only condition for ending the hunger strike is the release of all Ukrainian political prisoners who are on the territory of the Russian Federation. Together…

Published by Petro Poroshenko 16 may 2018

Recall, 25 August 2016 the Ukrainian Director Oleg Sentsov was sentenced only to 20 years imprisonment in a strict regime colony. He was accused in Russia of preparing to commit terrorist acts in Simferopol, Sevastopol and Yalta.

Recently, the sister of Ukrainian said that the condition of Sentsov is deteriorating.

“Received a letter from Oleg. Sends greetings and says that he was all right. Although he writes that he has teeth crumble and fall out hair. Notes that there health is lost slowly, but irrevocably,” wrote Natalie Kaplan.