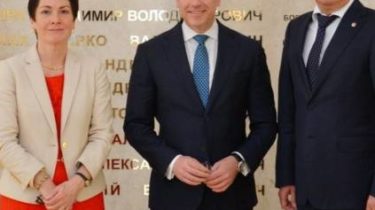 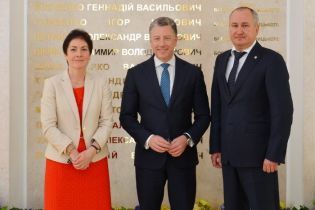 The head of the SBU handed over to the representative of the US state Department letters from mothers of those Ukrainians, who are illegally held in the occupied territory.

SBU gave US evidence of the involvement of military personnel of the Russian Federation to a large-scale hybrid aggression in the Donbas.

It happened on Wednesday, may 16, during a working meeting of the head of SBU Vasily Gritsak with the special envoy of the US state Department, Kurt Volker and former US Ambassador to Ukraine, Marie Yovanovitch.

That means the current visit of Volker in Ukraine

“Along with the escalation of the Russia armed conflict in the Donbass Russian security services are taking active measures to destabilize the situation in Ukraine”, – said Hrytsak.

In the SBU reported that the U.S. was given further proof of involvement of military personnel of the Russian Federation for crimes against humanity on the territory of Ukraine, in particular the shelling of Mariupol and Volnovakha, which killed 48 of the Ukrainian citizens.

The head of the SBU drew attention of foreign partners on the Russian side of the lock exchange of hostages, which Russia uses to exert political pressure on the Ukrainian government.

Hrytsak also handed in a petition to Kurt Volker mothers those Ukrainians who illegally held on the territory of the temporarily occupied districts of Donetsk and Lugansk regions.

In turn, foreign partners assured of further support of Ukraine in the process of restoration of territorial integrity and against Russian aggression.