Sex and dirty jokes: scientists were able to decipher the hidden recording of the famous diary of Anne Frank 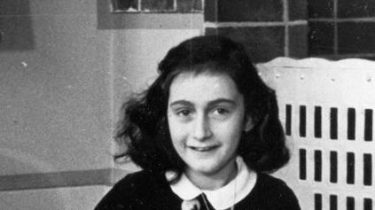 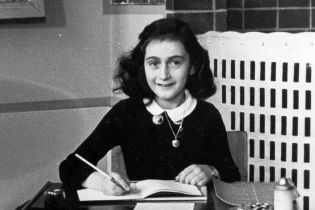 Sex and dirty jokes: scientists were able to decipher the hidden recording of the famous diary of Anne Frank

Just taped the pages she has written four jokes and 33 lines with reflections on sex and prostitution.

The staff of the house-Anne Frank Museum in Amsterdam announced that could learn the contents of the two pages of the girls diary, which remained secret for about 70 years. These pages taped Anna herself.

In 2016, during a routine inspection of the journal the researchers decided to use new technologies and try to consider the text, pasted paper. This page is photographed, illuminating from behind, and then image processed on a computer. All the work took two years.

It turned out that hidden in the pages of the diary Anne Frank was thinking about sex, and told jokes, heard from adults.

Just taped the pages she has written four jokes and 33 lines with reflections on sex and prostitution. Five of her phrases crossed out. Note is dated 28 September 1942; before this moment, Anne Frank and her family for two months hiding from the Nazis.

Anne Frank wrote about sex, answering questions posed to her imaginary interlocutor: about sexual intercourse, menstruation and contraception. As noted by the researchers, this form of journal writing helped her to overcome the discomfort. Sexual intercourse Anne Frank describes as “rhythmic movements” and adds: “men believe these actions are very pleasant and eager them. Women, too, but less.” However, the girl notes that women can have sex for pleasure — and then use contraception.

Anna describes and the first menstruation, which, she said, starts around 14 years.

She also writes that men can get sex for money.

Recall that Anne Frank started the diary on 12 June 1942, the day of his 13 years and led it for two years until her family was hiding in the back of the house on the waterfront of Amsterdam. 4 August 1944 the Frank family was arrested and sent to a concentration camp Westerbork and then to Auschwitz. In the autumn of the same year, Anna and her older sister Margot were transferred to the camp of Bergen-Belsen, where they died. The only cousin of Anne Frank, who survived, was her father; in 1947, he published the diary of his daughter. Subsequently the book was translated into more than 60 languages, it became a bestseller.

We will add that in Germany from time to time in public buildings still find remnants of the Nazi heritage.