The city Council ordered the return of the property of the city theater in Pechersk, which was the headquarters of Yanukovych’s party 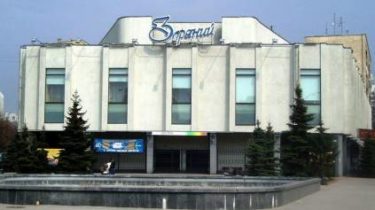 The city Council ordered the return of the property of the city theater in Pechersk, which was the headquarters of Yanukovych’s party

More than 10 years the cinema was deprived of the cultural and educational functions.

The city Council voted to return to the city the building of the cinema “zoriane” at the cave, which belonged to the “family Yanukovych” and has served as the headquarters of the “Party of regions”.

This was announced on his page in Facebook the Deputy of city Council from the faction “Batkivshchyna”, member of the standing Committee of Kyiv city Council on issues of urban planning, architecture and land use Tatiana melihova.

“Zoriane” will be returned to Kiev. 87 votes for the return to communal ownership of the cinema “zoriane”. Among them my voice,” she said.

Melikhova also expressed hope that the decision of city Council “Tranemo” will be returned function cultural and educational center.

“One of the most critical of law violations in the activities of the Council from 2006 was the sale of the cinema “zoriane” and its further transfer under the headquarters of the Party of regions. This decision Pechersk deprived beloved Kiev cinema (almost the only one in the area). This in turn led to the decline of values in this space (caves) as a public space,” he added.

As you know, the theater complex was acquired close to ex-President Viktor Yanukovych’s face back in 2003. The decision adopted by the city Council. From then until 2014 it housed the headquarters of the “Party of regions”. Some time, the building belonged to the company that actually ran the fugitive son Alexander Yanukovych.

Earlier, the mayor of Kiev Vitali Klitschko has assured that the theater will return to the city.