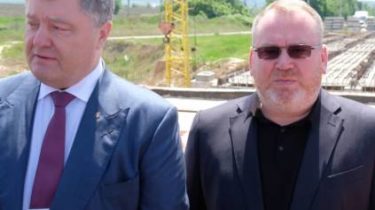 During the working visit to Dnipropetrovsk region, President Petro Poroshenko visited the construction site of the second phase of a bypass road around the city of the Dnieper.

Today during the working visit to Dnipropetrovsk region, President Petro Poroshenko visited the construction site of the second phase of a bypass road around the city of the Dnieper.

To get rid of “loop” through the fields, for the completion of this object from the regional budget allocated more than UAH 40 million. President and Chairman of Dnipropetrovsk regional state administration Valentyn Reznichenko said that this fall to travel to Zaporizhia route will be a new overpass.

According to Petro Poroshenko, a large-scale repair of roads in the Dnipropetrovsk region was made possible through decentralization and efficiency of local authorities.

“Many roads are built at the expense of the region. This year, more than 50% of the consolidated budget of Ukraine will be local budgets. And this and roads, and schools, and kindergartens, and lighted streets. Where the local government is effective, where it invests, repairs, builds, residents have the opportunity to enjoy the benefits of decentralization,” – said Petro Poroshenko.

“The experiment involves the construction of Ukrainian roads due to over-fulfillment of revenues from customs duties, – said the Chairman of Dniprovka Valentin Reznichenko. – This experiment is already yielding results. Dnipropetrovsk region keep up the pace of road rehabilitation. This year has moved from a dead point unfinished a by – pass around the Dnieper. At the expense of the region to finish building the overpass and access roads to it”. 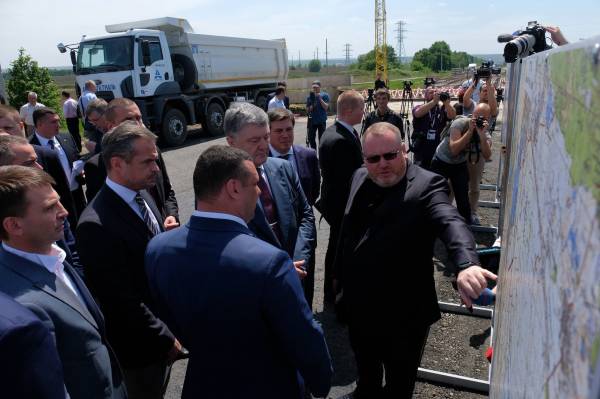 The first stage of bypass length of 18 km was commissioned in 2011. The construction of the second started in 2012, but was suspended for lack of funding. Since then, when leaving for Zaporozhye highway transport makes a “loop” through the fields. This year the funding is renewed. The work has been completed almost 70%. The next plot on the bypass – a 7-kilometre airport road and South of the bridge. The total cost of almost UAH 600 million. The main purpose of the bypass is to relieve the city from the Dnieper transit transport.

We will remind, last year in the Dnipropetrovsk region have repaired almost 70 km of state roads in Krivoy Rog, Donetsk, Poltava and Zaporozhye areas. In just the last three years, the region has updated approximately 500 municipal roads. The plan for 2018 is another 130. On the regional government will allocate a record amount – about 1 billion UAH.

“One of the tasks set by the President of Ukraine Petro Poroshenko, – the repair of highways. Dnipropetrovsk region holds the lead in terms of construction of roads in the country. Repair them comprehensively – from laying asphalt to the layout. Pay special attention to small towns and remote villages: in many of these streets have not been repaired for decades,” said Governor Valentin Reznichenko.