The interior Ministry began preparations for the liberation of Donbass 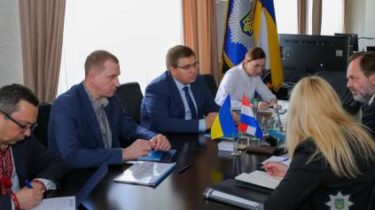 The interior Ministry began preparations for the liberation of Donbass

Ukraine should enlist the help of other countries.

The Ministry of internal Affairs of Ukraine started the preparations for the de-occupation beyond the control of the Donetsk and Luhansk regions.

This was stated by the state Secretary of the Ministry of internal Affairs Alexey Takhtay.

According to him, the Minister Arsen Avakov has launched a campaign for the preparation of such events.

“One of the global policy solutions which are considered today, “victory in small steps”. According to this embodiment, to return our territory we will be in stages,” he said.

Takhtay said that the plan is already moving into action. At this stage it is important to obtain the necessary information and support to partner countries. As for the operation itself, then it will involve all units of the interior Ministry, but the national police force.

The Ambassador of Croatia Tomislav Vidoshevich noted that an important point is to work with the population. It is important to trust the forces of the operation.

“From our experience, the greatest confidence should be to the police. It to the police, people saw the guarantee of stability and security. As for us ‑ we are fully open to cooperation in the process of the peaceful reintegration of Donbass”, – he said.

Earlier, Arsen Avakov stated that the plan for de-occupation of Donbass should be ready in the summer.