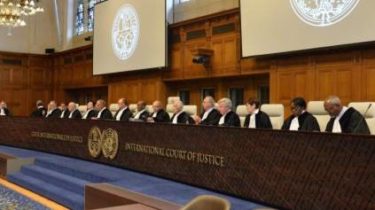 The militants fired at the village mykolaivka-2 in the Donbas.

The Prosecutor General’s office sent to the international criminal court the facts of violation by Russia of norms of international law due to the shelling in the Donbass.

This is stated in the press service of the GPU.

The police report that on Thursday, 17 may, about seven o’clock the Russian occupation troops fired at the settlement mykolaivka-2 in the Bakhmut district of the Donetsk region.

“At the scene immediately went a group consisting of employees of Department on investigation of crimes committed in the temporarily occupied territories, the General Prosecutor’s office and the National police of Ukraine”, – stated in the message.

According to prosecutors, the shelling destroyed four houses, damaged outbuildings. The caliber of the weapons that dealt a blow – 122 mm. The use of such artillery is prohibited by the Minsk agreements.

We will remind, in the evening, 17 may, first Deputy Chairman of the Special OSCE monitoring mission in Ukraine Alexander hug is sent with a visit to the Donbass.