During a Trinity attack killed a child and his father 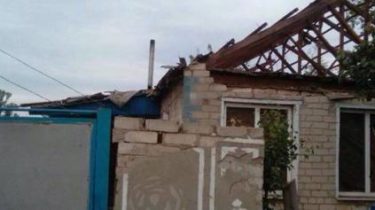 During a Trinity attack killed a child and his father

People came to the village to the cottage.

In the village of Troitskoe during night attacks of militants from artillery killed a child.

About this on his page in Facebook said the Deputy head of the Donetsk region Igor stokoz.

“Tonight the shelling in the village of Troitskoye near Mironovskiy, killed the pupil of the 7th class of Mironov’s school and his father,” he wrote.

According to Stokota, the mother of the deceased child is in a serious condition in hospital.

Tonight the shelling in the village of Troitskoye near Mironovskiy killed the pupil of the 7th class of the school of Mironov and his father. The mother is in serious condition in the hospital.

As it turned out, the family came to Trinity at the cottage.

In turn a press-the Secretary of management of police in the Luhansk region Tatyana Pogukai said that the militants fired at the private sector of the village Troitsk the Popasnyansky area.

“The shelling killed 13-year-old boy and his 39-year-old father. 36-year-old mother and 18-year-old son admitted to hospital with mine-explosive injuries and severe shrapnel wounds”, – she said, adding that now there are law enforcement officers and bomb experts who document the consequences of the night shelling.

The police documents the consequences of the tragedy of the night of the fire fighters Tonight at 00.30 militants occupying troops…