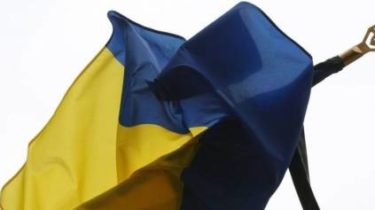 The MPs recommended that all enterprises and organizations to contribute to these activities.

In Kiev decided to declare days of mourning during the funeral of Kiev, who was killed in the fighting in the Donbass.

“Voted the draft decision contains a fairly mild recommendations for enterprises and organizations for conducting entertainment events in the days of mourning, considering that capital will host many international sporting and cultural events that cannot be undone. However, it is possible to designate the Days of mourning mourning ribbons or a moment of silence,” said the author of the draft decision, the Deputy Vadim Storozhuk.

As stated in the document, the enterprises, establishments, the organizations of all patterns of ownership on the territory of Kiev will recommend posting on the premises of the national flag of Ukraine with black ribbons to honor the memory of the victims.

Also the national flag with a mourning ribbon will be lowered on buildings and structures of local self-government, communal enterprises, institutions and organizations.

Note, the decision was supported by 87 deputies.

We will remind, earlier in Kiev extended the ban on fireworks. A moratorium on the use of fireworks will continue until the completion of the operation the combined forces in the Donbas.