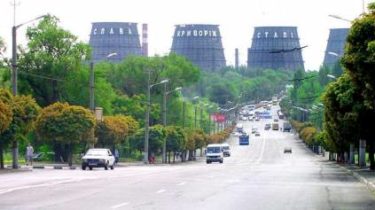 The plant for the second month running at a loss due to equipment failure.

The largest enterprise of mining and metallurgical complex of Ukraine “ArcelorMittal Kryvyi Rih” for the first time in 12 years, faces a financial crisis.

This was announced by the Finance Director of the company Sergey Plisko.

“We ended April with a negative cash flow in the amount of more than UAH 600 million. In other words, we spent more than earned. As for may, the preliminary calculations we have done and can say that the financial losses will amount to more than 1.5 billion hryvnia. Total for two months of the financial losses will exceed 2.1 billion hryvnia, which puts into question the possibility of further financing the current operating activities. We stand at the threshold crossing which processes can become irreversible,” he said in an interview to the press-service.

According to him, in April because of an accident on the first block, the company has lost 229 thousand tons of steel, and may predict loss of 250 thousand tons.

Also the Finance Director said that now was the issue of salary payments for June.

“In order to survive this difficult financial situation, we have to make a decision on the suspension of several projects and social programs”, – said Pleczko.

He also said that the entire annual payroll amounts to 3 billion hryvnia, but only for two months, the company lost 1.5 billion.

We will remind, on may 17, employees of the railway Department of “ArcelorMittal Kryvyi Rih” started a strike, demanding higher wages and proper working conditions. Because of this, the plant was paralyzed. Before the plant was put out of action half of the converters, and afterwards there was a failed launch of one of the blast furnaces after the overhaul.