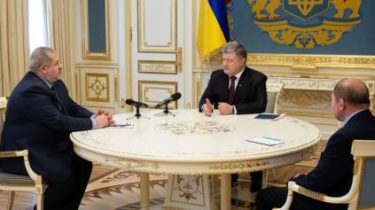 The document should careful to write rules taking into account the situation in Crimea.

President Petro Poroshenko promised to withdraw from Parliament the bill on citizenship of Ukraine. The head of state made this decision after a meeting with Chairman of the Majlis of the Crimean Tatar people Refat Chubarov and his Deputy Ilmi by Umarovi.

As the press service of the head of state, the President became convinced that to improve certain provisions of the document. “This project was the norm, which on one hand protect not only the Crimean Tatars, but also Ukrainians that found themselves in occupied territory and were forced under pressure to accept Russian citizenship and the law should protect them. But there is a separate small portion of citizens who volunteered to become collaborators – went to work in the police, the FSB, the illegal authorities”, – said Poroshenko.

Chiygoz and umer in court demanding that the administration of the Russian President has declassified documents about the pardon. The leaders of the Majlis do not have any documents about the dismissal, and without them there can fight for the return home in the Crimea. 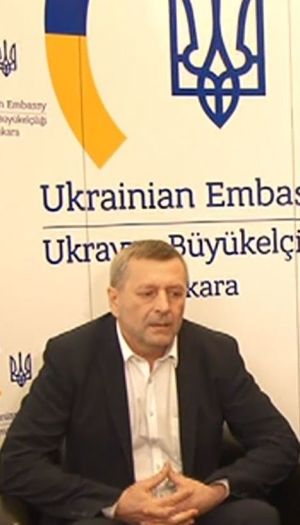 He assured the Crimean Tatars that have heard their comments on the bill, which will now be modified in the corresponding way. Poroshenko has given to understand that the rule of the collaborators will be excluded from the document, and representatives of the Crimean Tatars will bring to work on a new version of the text. “And divide these two things. The first thing is will the citizenship act and the protection of Ukrainian citizenship. On the other hand, the law on collaborators we settle a question on this, albeit small, group of citizens, but they must get the absolute fair reaction of the Ukrainian legislation, Ukrainian law and the state”, – said the Ukrainian leader.

In turn, Chubarov thanked the President for understanding and support Crimean Tatars. “Our goal is very clear and everyone should know it – those who violated the laws of Ukraine and went on to collaborate with the occupiers, these people will be punished. And the rest, who retain their dignity and remain faithful to Ukraine – we all together will live in our Crimea”, – said the Chairman of the Mejlis said that we are talking about the “future of Ukrainian of the Crimea.” “The vast majority of citizens of Ukraine, who now live in occupied Crimea, Ukraine are waiting. They expect a resumption of state sovereignty, securing control of the Crimea”, – said Crimean Tatar.