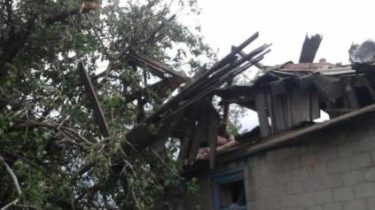 On the settlement carried out 10 shots.

The militants of illegal armed groups in the Donbas twice a day fired at the settlement of zaitsevo.

This was reported by the press service of the operations of the joint forces.

“Since the beginning of the day, the militants twice fired at the settlement of zaitsevo, even if 10 shots of artillery systems 122 caliber, and 32 shots from mortars 120 caliber,” – said in the message.

The Ukrainian side of the JCCC FROM the beginning of the day fighters of the armed forces of the Russian Federation twice fired at the settlement end of September, and…

As a result the house is destroyed, another was damaged. However, as a result of shelling none of the locals got hurt.

It is noted that terrorists also destabilisateur the situation around the Donetsk filtering station. In the morning in this direction was made 20 shots from “Grad”.

Recall, Donetsk filter station will be repaired in the presence of OSCE observers.