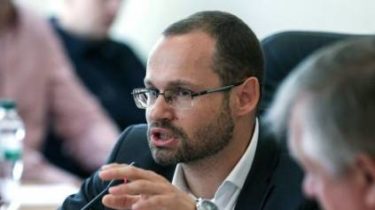 The court’s decision is not appealable.

The Supreme Court of Ukraine made final decision in the case of the statement of MP Pavlo Pynzenyk, who a year ago said about a probable abuse of the “Center of counteraction of corruption” with grant fundingreceived from abroad. The decision is not appealable.

The court overturned a previous court of appeal decision, according to which Pynzenyk was to refute your claim of abuse. Now refute that statement is not necessary.

We will note, in may 2017 Pynzenyk through the “Rada” TV channel said that he will ask to check the activities of the NGO “anticorruption action Center” from-for suspicions in money-laundering and is also wanted CPK deprived of the status of non-profit organizations.

“Despite the higher wages of the members of this Association, additional funds were transferred to individual entrepreneurs. For example, the physical person-the businessman Vitaly Shabunin (head of the CTC) received in the 2016-2017 1.7 million hryvnia, physical person-entrepreneur Ustinov from the same organization – 1.86 million UAH, known for Daria kaleniuk – 130 thousand hryvnia,” – said the MP.

We will remind, in the summer of 2017 investigative Department of the State fiscal service of Kyiv instituted criminal proceedings against the Center of counteraction of corruption. The Chairman of the Board of CTC Vitaly Shabunin called it a continuation of pressure on the organization and intensification of attempts to block its work. According to him, the new case was filed again by Pynzenyk. In turn Pynzenyk has denied any involvement in the opening of the case against Shabunina. In accordance with the response of capital Prosecutor’s office at the request of the Deputy, a report about possible violations in the activities of non-profit organizations served not the people’s Deputy, and the Director of OO “the national interest of Ukraine” Victor Apasov.