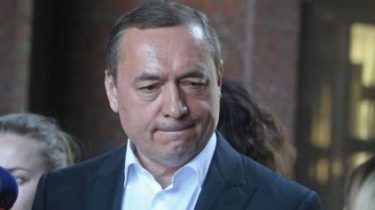 The lawyer argues that the police put forward illegal demands.

The procedure of presenting the indictment to the people’s Deputy Nikolay Martynenko lasted for a few hours. This was reported in Facebook lawyer Igor Cherezov.

The situation, he called the scandal and the show. “We came to obtain the indictment. Martynenko detectives offered to sign a bunch of papers, nothing provided. It is clear that Martynenko and two of his lawyer decided not to take part in the incomprehensible actions of NABOO and the ARS,” explained the Deputy.

Earlier it was reported that the press service of the Deputy noted that the case Martynenko “was the first political case to the NAB and the record for the duration of the fraud,” and it “will fall apart in any court.” And all involved will promise to “prosecute”.