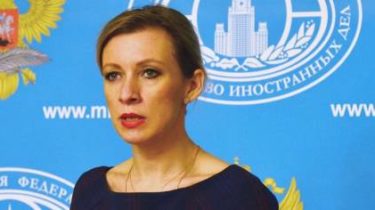 Zakharov added that she was also graduated from the faculty of international journalism, but works in the Ministry of foreign Affairs of the Russian Federation and is not an employee of the media.

Ukrainian journalist Roman Sushchenko at the entrance to the territory of the Russian Federation has not said it will work with information, so the journalist was not.

This was stated by the speaker of the Ministry of foreign Affairs of the Russian Federation Maria Zakharova, the broadcast of Russian channels, writes UKRINFORM.

“This is a documented fact. It’s just a medical fact: Mr. Sushchenko was not a journalist when he entered the territory of the Russian Federation. Talking about this decorated them with documents. He did not submit documents and the application for registration typewriter, journalist visa or accreditation of the foreign Ministry, or any other form of activity it is not stated, at least indirectly indicated that he will engage in information work,” she said.

Ukrainian prisoner of the Roman Sushchenko was transferred to solitary confinement. This was told the former lawyer of Ukrainian journalist mark Feigin. On the eve of it have deprived of the lawyer status. And scheduled for today the hearing in the case Sushchenko was moved to Friday. 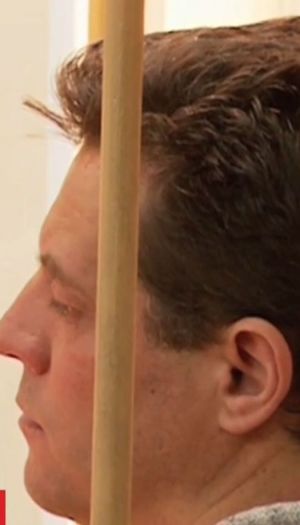 Zakharov added that she was also graduated from the faculty of international journalism, but works in the Ministry of foreign Affairs of the Russian Federation and is not an employee of the media.

She stressed that Sushchenko never said “at a legal level, about his credentials as a journalist. Therefore, any comparison Sushchenko with the correspondent of “RIA Novosti Ukraine” baseless, not for some high moral standards, but simply in the legal plane”. Zakharova added that journalists “RIA Novosti Ukraine” “had the whole package of Ukrainian documents to carry out their activities.” In her opinion, “is the journalistic activity was the reason for the start of the searches and then arrests and all the complex claims that have been made”.

The foreign Ministry spokesman also called absurd charges, “RIA Novosti Ukraine”, receiving money from Russia, allegedly for treason, because the Russian media “Russia Today” paying for stories of their correspondents around the world, and the Ukrainian security forces are just “anti-Russian propaganda”.

Journalist Roman Sushchenko was detained in Moscow on 30 September 2016 and put on ridiculous suspicion of espionage. The FSB said that the prisoner is an employee of the Main intelligence Directorate of the Ministry of defense of Ukraine, while the Ukrainian law enforcement agencies is denied. A Moscow court sanctioned the arrest Sushchenko till 16 Sep 2018.