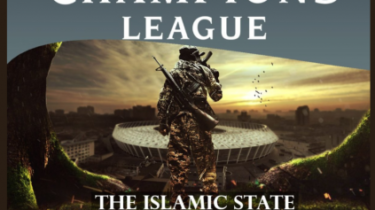 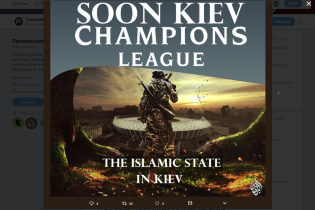 On behalf of the terrorist organization “Islamic state” in social networks appear calls for terrorist attacks during the Champions League final in Kiev. This theme was picked up by British tabloid the Sun, known for his controversial and untested publications, says the story TSN.19:30.

However, on the pages of the expert on security issues Oli Wilshire expresses doubt that ISIL has the Ukraine has enough forces to carry out attacks. “ISIS does not have the resources for large-scale terrorist attack in Kiev. Their call to action during big and important football matches is no more than a signal to the world Cup in Russia. We know that the cells of the “Islamic state” are functioning in many cities of Russia, and that Russian security forces have already detained several militants who were planning attacks on world Cup 2018″, – he explained.

Videocassette call to arrange a massacre during a Champions League match

Threats of terrorist attacks in Kiev during the final football match of the Champions League appeared in social networks. On behalf of the terrorist organization “Islamic state” unknown call for lone-wolf terrorists in the Ukraine to slaughter and the car attacks. 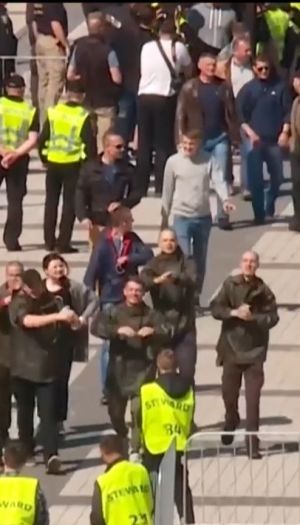 If British journalists assume that the calls to attack Kiev really come from the Islamists, because in Ukraine, allegedly hiding about five hundred of terrorists from Iraq and Syria, Ukrainian experts doubt that the author of the threats is actually ISIS. The official page of “Media group al-Burhan”, which refers to anonymous terrorists, in fact, contains no mention of the attacks in Kiev. The specialists of the security Service of Ukraine analyzed the accounts that host the controversial posters, and came to the conclusion that they are created in Russia, and information “stuffing” was made with the sole purpose to intimidate and spread panic among residents and guests of the capital of Ukraine.

SBU has assured that doing everything in her power to keep the festival of football took place peacefully and quietly. Advisor to the Minister of internal Affairs Anton Gerashchenko reassuring that the security at the time of the final match in Kiev will be provided by reliable Ukraine go European professionals who will help Ukrainian colleagues. “The stadium itself will be under the triple ring of security will be used the most modern technology. Come hundreds of European specialists that will help you to check individuals that come to the match that they had no prohibited items”, – he said.