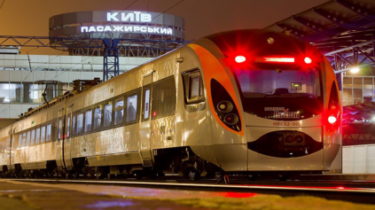 Trains will run between Kyiv and Lviv.

To the final of the UEFA Champions League, which will be held in Kiev on may 26, “uz” appointed additional high-speed trains to transport fans from Lviv to the capital.

Beds-balls and the big stage in the fan zone. As the center of Kiev prepare for Champions League final

In “Ukrzaliznytsia” said that the train cars are for transporting people with disabilities. Tickets are on sale at the box office and online system.

We will remind, the organizers of the finals of the Champions League expect that Kiev will visit more than 34 thousand fans. In the capital, not have enough hotels to accommodate so many guests, so the “uz” as a way out of the situation, organized the export of foreign fans home immediately after finals.