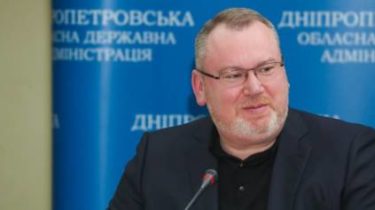 The Chairman of the Dnipropetrovsk regional state administration Valentyn Reznichenko reported that the development budget of the region for the first four months of this year increased by UAH 1.4 billion. or 23% compared to the same period of 2017.

The Ministry of regional development noted that it is the best indicator among all regions.

“Decentralization initiated by President of Ukraine Petro Poroshenko, encompasses more and more territory. Cities and areas of Dnipropetrovsk region have more opportunities and additional resources. It contributes to the development of the region. This year local budgets increased in comparison with the same period in 2017 by almost 23%. According minregionstroya, this is the best indicator among other regions”, – said Valentin Reznichenko.

According to the Vice-Prime Minister, Minister of regional development Gennady Zubko, Dnipropetrovsk oblast is the leader among all regions of the country in the growth of budget revenues development. 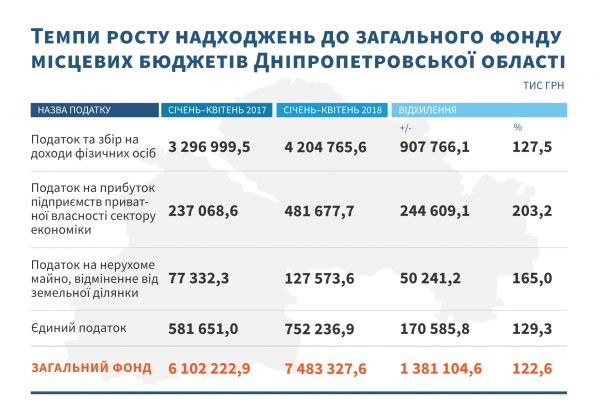 Reznichenko also noted that since the beginning of this year, the growth rate of the budgets of the cities of the region reached 764 million, which is 18.6% more than last year. The district budgets increased by UAH 74 million, or 20%. Bulk region earned 110,5 million. more or 22.6%.

The highest increase was achieved due to the tax to incomes of physical persons and unified tax.

Revenues of all local budgets of the country from January to April 2018 rose to 69.2 billion UAH. The growth of revenues compared to the corresponding period last year amounted to 13 billion or 23%. However, as noted in the Ministry of Finance, this amount does not include transfers from the state Budget of Ukraine.

According minregionstroya, in 2017, three of the territorial community of Dnipropetrovsk region – slobozhanskaya, Verbivska and Bogdanovskaya – topped the rating of the financial condition, ahead of all 366 GSS Ukraine.