Fan-zone on Khreshchatyk beer for 60 UAH, and free photos with the Champions Cup 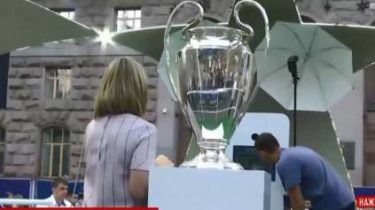 Fan-zone on Khreshchatyk beer for 60 UAH, and free photos with the Champions Cup

Today there will be the TNMK, and tomorrow will play a match of legends of the Champions League.

Kiev in the coming days is the football capital of Europe. On the Dynamo stadium already hosted the final of the women’s Champions League, and earned the main Khreshchatyk fan zone men’s final, says the story TSN.19:30.

Just in the middle of main street is decorated with football field, where tomorrow will play the match of the legends of the Champions League. On the territory of the fan zone is already running, the police dialogue – specially trained psychologists, whose task is to prevent possible quarrels and conflicts.

Here you can relax, eat, take pictures with the main trophy of the championship, but also to meet the global football stars. And on Kontraktova square yet few people, but on Saturday the situation will change, because only in this fan zone, fans can watch the live broadcast of the match. 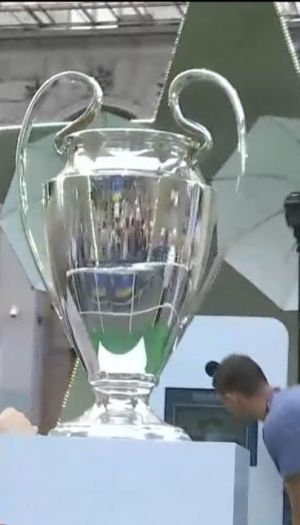 Available entertainment and food, however, you should be ready that the prices bite. So, for example, a glass of beer in the fan zone will cost 60 hryvnia. But to be photographed with the trophy – Champions Cup can be completely free. However, it will have to wait in the queue. Tonight on the downtown with the concert of the band “Dance In Congo square”.

Fan-zone on Khreshchatyk will be closed a half hour before the final. Some people will go to the match, others will be able to watch the broadcast in the fan zone at the Kontraktova square. Screen there will be size 9x 16 meters, and the area itself is able to accommodate 15 thousand people.