For the first time during the war, the leader of a foreign state visited the Donbass 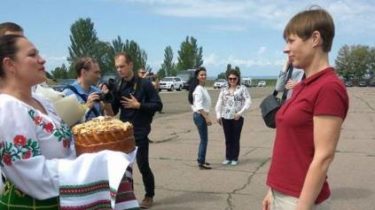 For the first time during the war, the leader of a foreign state visited the Donbass

Today, may 24, at the Donbass in combat zone for the first time there has arrived the leader of a foreign state. He became the President of Estonia Kersti Kaljulaid.

About it reports a press-service of the operations of the joint forces.

During the visit she met with the commander of OOS Sergey Nevim. During the visit, Estonian President also plans to meet with representatives of humanitarian organizations and local residents.

“The commander of the United forces and Madam President discussed topical issues of Ukrainian-Estonian cooperation in the military sphere. Lieutenant-General Sergey New informed Kirsty Kaljulaid about the current situation in the Donetsk and Lugansk regions, the realization of humanitarian activities to ensure the safety of lives of civilians and improvement of the social sphere. He also noted that Russian-terrorist forces regularly fire at peaceful settlements, in flagrant violation of international humanitarian law”, – stated in the message. 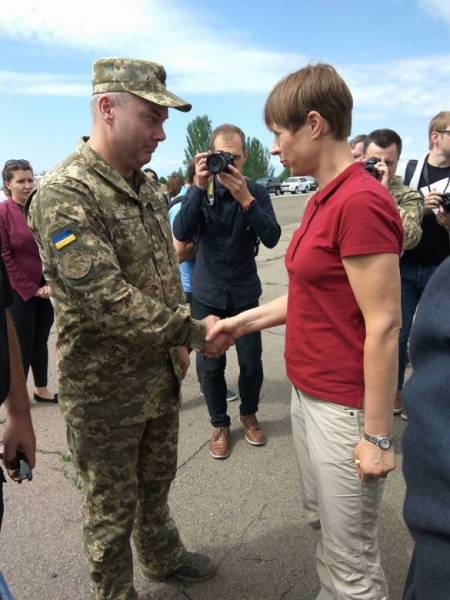 In turn Kirsty Kaljulaid expressed support for the Ukrainian military in their struggle for independence, sovereignty and territorial integrity of their country.

Estonia will provide 5.7 million euros for the development of e-governance in Ukraine

Over the last day, 23 may, militants in the Donbas 38 times fired at the Ukrainian positions. Two APU fighters were injured.

In the headquarters Operations of joint forces said that the situation in the Donbass remains difficult. Fighting continues across the demarcation line. Hot only in the vicinity of the occupied Donetsk. 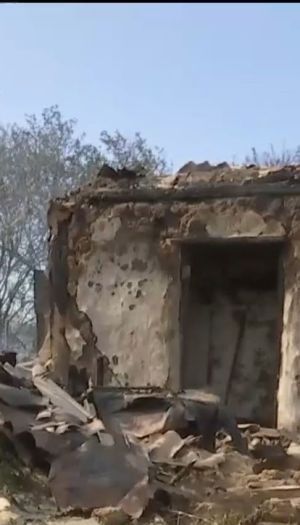