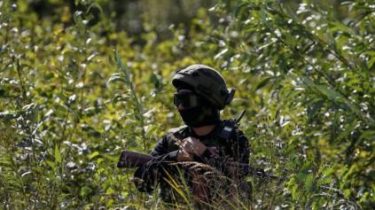 Now continuing the internal investigation and measures to search fighter.

About it reported in a press-service.

“On may 24 at svodnik one of the strong points of the brigade it was found the absence of a military serviceman”, – stated in the message.

As noted, on this fact office investigation is appointed, the missing military wanted.

24 may one of the strong points svodnik brigade had discovered the absence of the soldier. On this fact office investigation is appointed and organized events for his search.

Published on 30 separate Novograd-Volyn mechanized brigade of Rivne on may 24, 2018.

We will remind, earlier under Sirotinin in the Donbas, using fire from nearby platoon strong point fighters also disappeared from the sight of the companions and crossed the line of the clashes of the Ukrainian military. As it turned out, the cause of desertion have become debts in the tens of thousands of hryvnia.