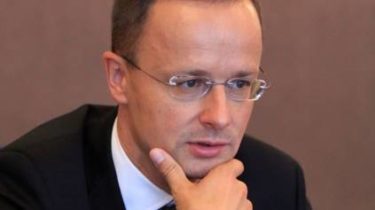 The meeting of the foreign Ministers of both countries will take place in may.

The Minister of foreign Affairs of Ukraine Pavlo Klimkin will meet with his Hungarian counterpart péter Szijjártó in the last days of may. The meeting is initiated by the Hungarians after a visit to Budapest, assistant United States for European and Eurasian policy Wessa Mitchell.

Meeting Szijjártó and Klimkin is scheduled for may 29. According to the head of the Hungarian foreign Ministry, his country wants to resolve the dispute on the language issue with Ukraine before the NATO summit, which is scheduled for July.

“Shameful picture”. Siyyarto criticized Brussels for the attitude of the Transcarpathian Hungarians

On 2 may, Mitchell visited Kiev, where he met with President Petro Poroshenko. Budapest demands from Kiev to refrain from the implementation of the law on education in accord with the national minorities, in particular Hungarians of Transcarpathia. In this regard, Hungary is blocking the European and Euro-Atlantic initiatives of Ukraine.

Videopanel Klimkin went to Transcarpathia, to solve the language issue with the Hungarian community