Kurchenko and “RIA Novosti”. Ukraine has updated the sanctions lists 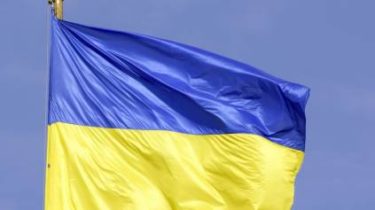 Kurchenko and “RIA Novosti”. Ukraine has updated the sanctions lists

Ukraine has expanded the list of persons who came under personal special economic and other restrictive measures.

The relevant lists published on the website of the President of Ukraine.

RNBO has significantly expanded the list of sanctions: it has got 1748 physical and 756 legal entities, in particular, wanted Ukrainian oligarch-fugitive Serhiy Kurchenko, head of the Russian “Gazprom” Alexei Miller, the Russian billionaires Oleg Deripaska, Igor Rotenberg, Vladimir Bogdanov, the Chairman of Board of Bank VTB Andrey Kostin and the number of deputies of the state Duma and the Federation Council of the Russian Federation, the Russian military, members of the self-proclaimed authorities of the Crimea, “LDNR” and others.

Besides, the list includes a member of the Executive Committee of the Bulgarian party “Attack” Magdalena tasheva, Greek MEP Sotirios Sarinopoulos, Israeli strategists Avigdor Eskin and David Adelman, the Deputy of the Italian Parliament from the party “Forward, Italy!” Lucio Malan.

Note, sanctions for a period of three years allows for the freezing of assets, preventing the withdrawal of capital from Ukraine, and prohibition of participation in privatization, rent of state property by a resident of a foreign state, and the like.

We will remind, on may 2, the Council upheld the decision to impose new sanctions against Russia, as well as the question of extending already existing.

May 14 the President of Ukraine Petro Poroshenko has signed the decree about introduction of new sanctions against Russia.