Macron urged Putin to “collective game” in the international arena 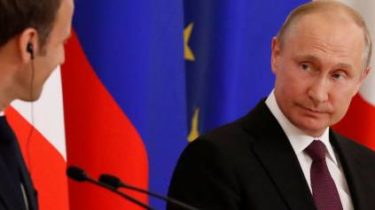 Macron urged Putin to “collective game” in the international arena

Also, the French President considers that it is appropriate to maintain confidence.

The President of France Emmanuel macron , addressed to Vladimir Putin with an appeal to “collective game” in the international arena on the basis of trust.

He said this during a speech at the Saint Petersburg international economic forum.

He recalled that in Russia now preparing for the world Cup, and noted Putin’s sports Hobbies. “Mr. President, dear Vladimir, we know you love judo”, – he said. According to him, the leader of Russia appreciated the flexibility that relies on the control of its own forces, the will of nature and respect for the opponent. “Let us act in the international arena”, – he called.

Also, macron said that he loves sports, particularly football. The French President also noted that now it is necessary to maintain credibility.”Let’s make sure that we played the collective game, the overall game that will rely on these same values,” he said.

Recall that during the General conference, Putin accused the Ukrainian authorities of unwillingness to settle the conflict in the Donbass, therefore, in his opinion, this process is progressing slowly. The President himself assures commitment to the Minsk agreements.

Videomaker met with Putin to talk about Ukraine and Syria

Emmanuel macron is now staying in Saint Petersburg has come to the economic forum and has already met with his Russian counterpart. Spoke to him and urged together to find a way out of international crises in Ukraine, Syria and Iran. Putin’s proposal has not commented on, replied to Him a formal greeting, addressing “you”. 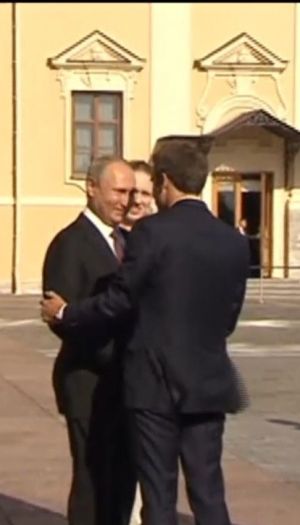