Repression and a slap in the face. “Ooblek” reacted to the possible withdrawal of immunity of two MPs 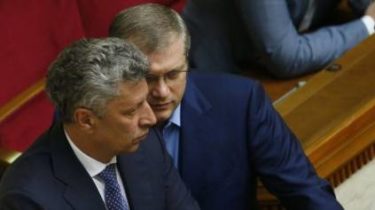 Repression and a slap in the face. “Ooblek” reacted to the possible withdrawal of immunity of two MPs

The attorney General requests permission to prosecute Vilkul and Kolesnikov.

Prosecutor General Yury Lutsenko officially asks the Parliament to withdraw parliamentary immunity and to authorize the criminal prosecution of the two MPs from the Opposition bloc Alexander Vilkul and Dmitry Kolesnikov. The party sharply reacted to such a step.

“The repression of the authorities against people’s deputies Oleksandr Vilkul and Dmitry Kolesnikov is a slap in the face to the residents of the South-East of Ukraine, which voted for the Opposition bloc. Any dissent immediately becomes the object of persecution for command authority. The country has carried out repression against political opponents”, – said Chairman of “Oppolow” Yuriy Boyko.

He stressed that such harassment, they say, has nothing to do with the observance of laws and is directed only against opposition forces.

“Our colleagues Dmitry Kolesnikov and Oleksandr Vilkul politically motivated persecuted. This is another example of lawlessness and political tyranny. Their principled position and high professionalism have helped to expose the lies of the authorities and to bring to light its anti-social action against the people. Dmitry Kolesnikov, who was the Minister of industrial policy, criticized the economic impotence of the ruling power and the destruction of its industrial potential of the country. Oleksandr Vilkul never afraid to Express his position, including on may 9, these heroes and provide support to veterans, which has forgotten the power”, – said Boyko.

The actions of the Prosecutor General’s office, he called the revenge of the opposition forces before the election.

“I am confident that these things will collapse, as all that came up this government against the opposition. We will do everything to protect our colleagues,” – said Boyko.

Vilkul noted that he did not consider himself guilty:

“I do not consider myself guilty. Everyone who had something to fear, four years ago left Ukraine and live in Russia who is who in Europe, who in other places. All these four years the power has studied under a microscope to my work, checked each of my signature, and here, suddenly, found something there in 2011. So I am sure that this is another attempt of the authorities to put pressure on me and to restrict my political activity. I spend hundreds of meetings in the regions of Ukraine, not afraid to speak the truth on the air about his so-called activities of the current government, not afraid to name names and expose their crimes.”

Yury Lutsenko asks the Verkhovna Rada to remove parliamentary immunity opublikoval Alexander Vilkul and Dmitry Kolesnikov. In the submissions that have already entered the Parliament, we are talking about land transactions of those times, when the politician was the head of Dnipropetrovsk regional administration. And Dmitry Kolesnikov, as Chairman of the Agency of state property allegedly helped to bring 7,000 square metres of real estate from a public entity in the river. 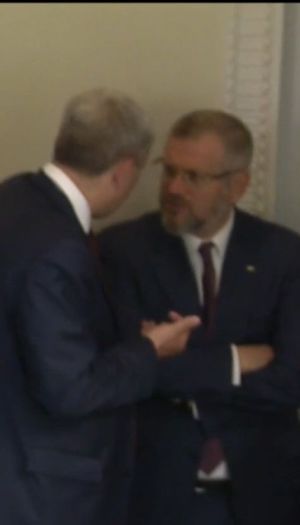 Note that the Prosecutor General’s office sees illegal activity of the administration when he was Chairman of the Dnipropetrovsk regional state administration.

“The former Chairman of the Dnipropetrovsk regional state administration for 2011-2012, issued an order to change the purpose of land area of 21 hectares allegedly from the reserve lands of agricultural purpose (pasture), and actually land the collective property of the shareholders of the two agricultural businesses of Nikopol region”, – stated in the message.

It is also noted that Vilkul has changed designation of agricultural land “ART LAND” on earth for the industry. We are talking about 23 areas with a total area of 45 hectares.

Violations in the work of Kolesnikov and found when he was Chairman of the Agency of state property of Ukraine.

“The investigation established that Dmitry Kolesnikov from the post of the head of the Agency of state property of Ukraine, abusing official position, made certain actions, resulting in possible alienation of real estate objects – production and laboratory building of the state enterprise “Scientific-research and design-technological Institute of the pipe industry. Y. Y. Precipitation” in the river with a total area of almost 7 thousand square meters”, – stated in the message of the GPU.