Sold by a Russian plane: Ukraine has exposed on sale of impounded Boeing 737 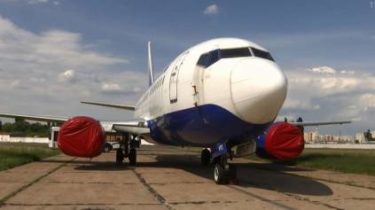 Sold by a Russian plane: Ukraine has exposed on sale of impounded Boeing 737

The airliner was arrested for debt and now expect it to earn good money.

For the first time in the history of the Ukrainian aviation at the auction exhibited a huge Boeing 737. In 2015, users of social networks noticed in the capital’s airport and kicked up a fuss about the violation of the ban on air links with Russia, says the story TSN.19:30.

However, it was later revealed that the aircraft the Ukrainians have seized the Russians, for a debt of 625 thousand dollars, which was formed in front of the airfield at the company “Transaero”. The Ukrainians refused to serve, so he could not fly in the air, and then there was a ban on air links with Russia, later the Russian company actually went bankrupt. After three years of litigation Ukraine has received the right to dispose of the property in the debt of Russians. Officials decided to sell the plane from auction and at the same time to cover expenses and still make some money in the budget.

The one that in 2015, users of social networks noticed in the Kiev airport and made a fuss about the violation of the ban on air communication with Russia. It turned out that he was arrested for debt, and now the plan to earn good money. 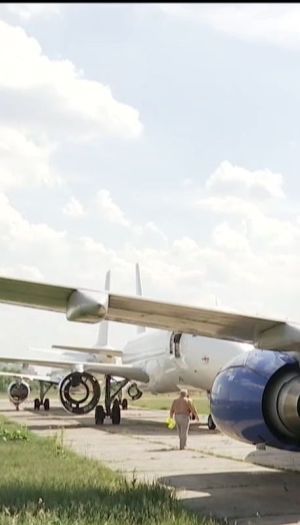 The Boeing 737 is estimated at 36 million, the guarantee Deposit for the participation in the auction is set at 2 million. This aircraft had become the largest and most expensive, which was exhibited in Ukraine for years of independence – until then, have implemented only a small price ships in 5-7 million. To monitor auction will be June 4 online, and buy the ship has already volunteered eight Ukrainian businessmen, whose names are kept secret.

TSN has learned that to win the auction dream of a major airline. The bailiffs claim that surprises a lot will not – the decision to withdraw the aircraft already has been appealed, the final verdict came into force, so that the procedure is irreversible and the Russians have a chance to return the liner itself is not. At the airport, claim that the plane is in good condition, although three years stood at the airport – it can be flight ready and up in the sky. This will interest the new owner, because airport Parking is not cheap – one hour costs $ 14.