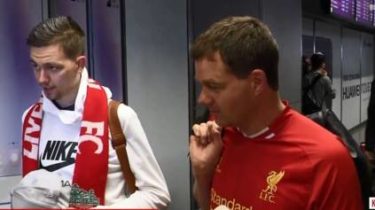 Fans from Spain and England in the capital will increase by 20 thousand.

One hundred and fifty Charter planes with fans on Board for this night to arrive in two Metropolitan airports. They will be brought to Kiev more than 20 thousand fans of English “Liverpool” and Spanish “real”, says the story TSN.19:30.

Guards to the influx of visitors is prepared in a special way. Those who work at airports, work shifts atonement after makeup – specially invited make-up artists painted on their cheeks emblems of the teams that will come together in the fight for the Champions Cup.

Two Kiev airports, the border guards will meet 20 thousand fans. One hundred and fifty Charter planes with fans on Board for the next day will arrive in two Metropolitan airports. They will be brought to Kyiv over 20 thousand fans of English “Liverpool” and Spanish “real”. Thousands of other fans will get to Ukraine by regular flights, cars and rail. Guards to the influx of visitors is prepared in a special way. 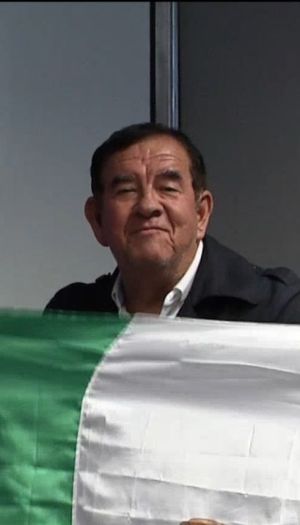 Fans after passport control came out with wide smiles on their faces. But admitted that most of them are now worried about the outcome of the match, although everyone believes in the success of his team.

Fun in Kiev. Fans of real Madrid and Liverpool are photographed together and put on the ears of the fan zone

As reported, thousands of fans of Liverpool, whose flights to Kiev have been canceled, can still get to the Champions League final. At the same time, fans of real Madrid returned a thousand tickets for the final of the Champions League. According to UEFA President Alexander Cetera, tickets could not be resold to fans of Liverpool, for security reasons, but they will be sold to local fans in the capital of Ukraine.