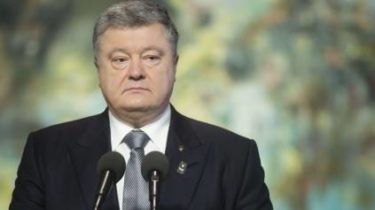 The Ukrainian President urged the world to join initiated by the Netherlands and Australia process.

Ukraine is going to join the interstate stalking Russia over the shot down in the skies over the Donbas 2014 passenger plane MH17.

This was stated on his page in Facebook the President of Ukraine Petro Poroshenko.

“The decision of the Netherlands and Australia to start prosecution of the Russian Federation at the international level for the shooting down on 17 July 2014 Malaysian airlines MH17 is a very important step towards international legal responsibility of Russia for the systematic violation of its international obligations”, – he wrote.

Russia against the world: how politicians and experts without success to deny the evidence report for MH17

“Instructed the foreign Ministry to urgently submit proposals on the possibility of joining initiated by the Netherlands and Australia process. I call on the entire civilized world to join the efforts to bring to justice the perpetrators of the Downing of the aircraft, as provided by UN security Council resolution 2166 of 21 July 2014,” he added.

PP: the Decision of the Netherlands and Australia to start prosecution of the Russian Federation at the international level for the Downing on 17 July 2014….

Earlier, Australia and the Netherlands officially recognized the Russian Federation guilty in the crash Malaysian plane flight MH17 in the summer of 2014 in the Donbas.

Note, by the conclusion of the Joint investigation team, the Buk on July 17, 2014 was shot down over Donbass, the plane of Malaysian airlines flight MH17 on Board which killed 298 people, was made in Russia and was in service with the Armed forces of the Russian Federation. It was also published the text of the conclusions on the crash.