Law enforcement has described a fight with English fans. 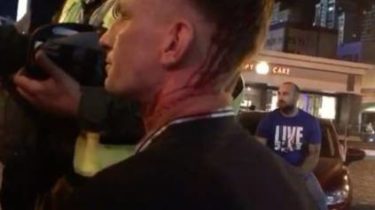 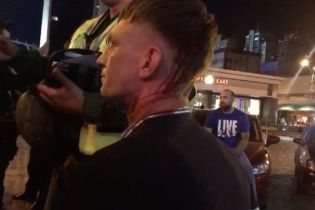 Law enforcement has described a fight with English fans.

The fight took place on the evening of 24 may.

The police treated a fight in the capital’s cafes, where the injured two foreigners, as a group hooliganism.

About it reported in a press-service of the National police.

Madness under the hotel. I made a “Liverpool” and “real” in Kiev

“Law enforcement officers detained two people who took part in the fight, and the police Department brought two injured foreigners. During the communication of the detainees refused to give any explanation regarding the incident, Recalling the provisions of article 63 of the Constitution of Ukraine, and the victims refused writing the statements,” the report said.

Now the police deals with the identification and search of other participants of the conflict to give their actions a legal estimation.

We will remind, in the center of Kiev took place the first skirmish between fans before final of the Champions League. It is reported that the hooligans attacked the British, who were sitting in one of the schools near NSK “Olympic”.