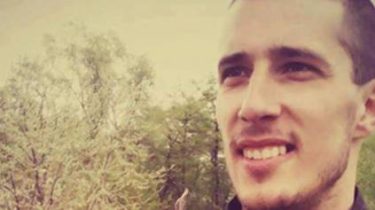 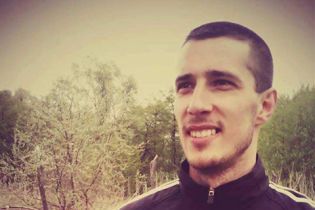 28-the summer inhabitant of Kherson Alexandr Shumkov during Maidan in 2014 and some time in 2015, was part of protection of Dmitry Yarosh.

Sister of Oleg Sentsov has confirmed that a prisoner in Russia Ukrainian Alexandr Shumkov went on hunger strike in solidarity.

About this is the sister of Oleg Sentsov Natalie Kaplan said in Facebook.

Meanwhile, also joined the hunger strike Alexander Shumkov, but this is so little to say(

We will remind, ex-guard Yarosh disappeared at the end of August. On September 26 at the home address of the mother shumkova received a letter from the Investigative Committee of the Russian Federation and FSB, and which it was said that her son is in Bryansk remand prison and declared him the suspicion of “participation in extremist organizations.”

28-the summer inhabitant of Kherson Alexandr Shumkov during Maidan in 2014 and some time in 2015, was part of the security is Dmytro Yarosh, who at the time was the leader of “Right sector” organization in Russia is considered extremist and is forbidden.

Protesters claim that Ukrainian Director precious every minute is. After they declared a hunger strike 12 days ago there is a threat to his life. On the Quad in the air near the Consulate raised the Ukrainian flag with the words “Free Sentsov”.