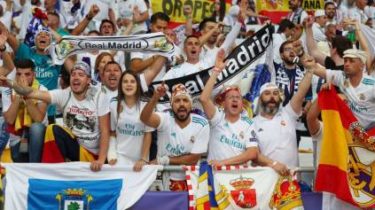 People came before and not ordered housing.

18 thousand foreign fans have counted the guards among those who arrived in the last days in Ukraine. Airports have adopted charters with the fans all night and half the day, says the story TSN.19:30.

Many guests came with children, and almost all were small backpacks instead of suitcases, because the cost of flights even without Luggage reached in some companies thousands of euros. For tickets fans paid on average 150 euros.

Videointernet fans who are unable to rent expensive housing, I decided to spend the night under the open sky

Airports have adopted charters with the fans all night and half a day. Correspondents TSN that met them, saying, a lot of guests came with children. The cost of flight even without the Luggage reached in some companies thousands of euros. For tickets fans paid on average 150 euros. But the cost of renting an apartment in Kiev on some days amounted to 10 thousand euros per day. 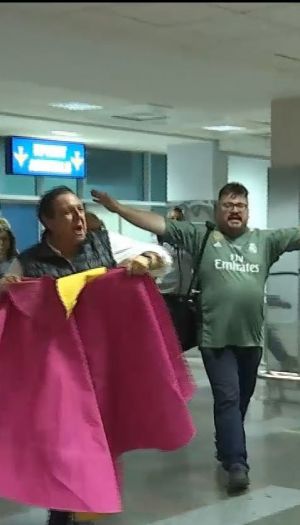 But the cost of renting apartments in Kiev these days in some places amounted to 10 thousand euros per day, so some of the fans admitted they would spend the night under the open sky. “Hotels were so expensive so we won’t be long”, – said one. “The bridge,” talked about plans for the night other.

You’ll never walk alone. As residents of the capital took to save the face of Kiev with free housing for the fans

As reported, stranded hundreds of times the price of the capital’s hotels caused a scandal, because the fans of the English Liverpool and real Madrid complain of Kiev, in which housing the day of the match have soared in cost to 300 thousand UAH per apartment and 250 thousand UAH for a double room. For the same room at the usual time asking for 800 hryvnia.