The massacre at the “Forest”: three police officers were injured, ten of the protesters were detained 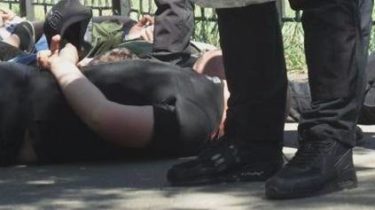 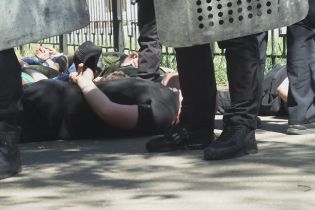 The massacre at the “Forest”: three police officers were injured, ten of the protesters were detained

Ten of the participants in the brawl at the market near the metro station “Forest” detained and delivered in Desniansko police Department. This reports the press service of the police of Kiev.

“The police intervened and stopped the illegal actions. As a result three militiamen got injuries, they provide health care. Ten active participants were detained and taken to the police Department. Now investigators are examining CCTV footage, including those placed on the Internet, then every action taken would establish a legal qualification”, – said the chief of the National police in the city of Kiev Andrey Krishchenko.

While initiated two criminal proceedings on articles “hooliganism” and “threat or violence concerning the employee of law enforcement body”. The investigation is continuing.

We will remind, today at about 10 am men with covered faces rioted at the market near the metro station “Forest”. What organization owned by young people – is unknown. Broken outlet men, who beat a military pensioner.