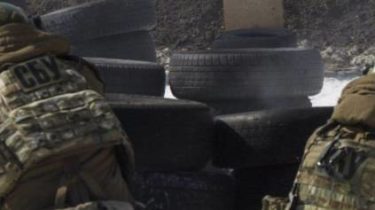 The SBU expressed his condolences to the families of the victims.

The security service of Ukraine reported about combat casualties in the ranks of the Centre of special operations “A” that carry the service in Luhansk.

“During performance of a fighting task group of the SBU involved in the Operation of the joint forces came under artillery fire. Killed two soldiers of the CSO “A”, another seriously wounded. SBU expresses condolences to the family and friends of the victims of the Ruslan Colonel Mason and Lieutenant Yuri Zhuravlev”. – stated in the message of the press service of the SBU.

A lot of people still comment under yesterday’s story about the patrolling by fighters of the CSO “A” of the streets of Kiev, but…

We will remind, the Russian occupation troops 28 times violated the ceasefire regime from various types of weapons from them twice opened fire from heavy weapons. Command SSO reported one dead over the past day.