Walker admitted that with pleasure would cooperate further with Surkov 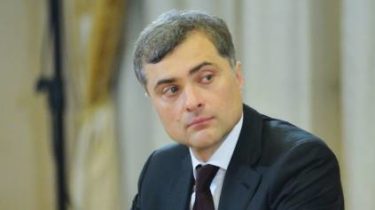 Walker admitted that with pleasure would cooperate further with Surkov

He added that no official information from the Kremlin, whether Surkov and further authorized the President of Russia in Donbass.

Special representative of US state Department on Ukraine Kurt Volker stated that it would continue cooperation with the Putin aide by President of the Russian Federation on the Donbass Vladislav Surkov.

“I have seen reports in the press (about the likely replacement – ed), but officially we have no information from the Kremlin, will he or will not continue. He’s very smart, very professional, very serious contact, which transfers the content of the talks firmly. I would be happy to continue working with him, if the Kremlin chooses.

But at the same time, if they decide to make the change, and it is the prerogative of President Putin – the key here is that we talked with someone who has a direct line of communication with President Putin. Since the decision is in his hands,” – said Walker.

In place of the “postmodern” Surkov. Russian curator ORDO can become “the butcher” Babich

Earlier it became known that the Russian presidential aide Vladislav Surkov will leave his post and will no longer be supervising the Ukrainian direction – and actually the war in the Donbass. Media, citing sources in the Kremlin called the reasons for such a step, Putin’s dissatisfaction with the results: the strategy has stalled, the Minsk agreements are not fulfilled and breakthroughs not yet in sight.