In Kiev, was shot in the famous Russian journalist Babchenko 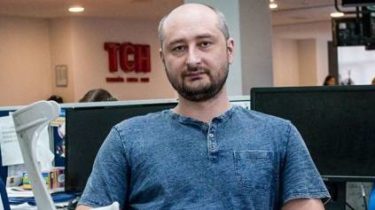 In Kiev, was shot in the famous Russian journalist Babchenko

He died in the ambulance.

In Kiev, was shot in the famous Russian journalist Arkady Babchenko.

This was announced by Deputy General Director of ATR channel the muzhdabaev.

“Arkady Babchenko was shot in the house in the back. Uesli to hospital”, – he wrote in Facebook.

The press-Secretary of police of Kiev Oksana Blischik said that in the Dnipro district of the capital shot and killed the host of a television, a Russian citizen born in 1977. However, she did not name the names of the deceased.

The police received information about the shooting from physicians – they called the woman and said that he found in the house of her husband in the blood. He was wounded in the back. The victim died in the ambulance.

“On a scene left it is investigative-task force of the Dnieper police Department. Are the circumstances of the incident”, – said Oksana Blischik.