“Everything that could go wrong – went wrong.” Soros predicts problems in Europe and the financial crisis 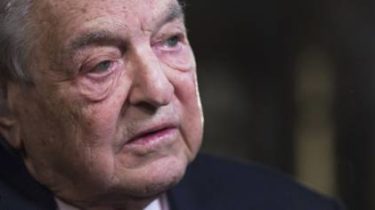 “Everything that could go wrong – went wrong.” Soros predicts problems in Europe and the financial crisis

The world is on the threshold of a new large-scale financial crisis. It can provoke a rise in the dollar and capital flight from emerging markets.

This was stated by the American investor, billionaire and philanthropist George Soros, UNIAN news Agency reports with reference to Bloomberg.

The European Union will inevitably face a threat to its existence, predicts Soros. And the failure of the nuclear deal with Iran and the collapse of the transatlantic Alliance between the US and the EU probably will negatively affect the European economy and can lead to other problems such as the depreciation of the currencies of developing countries.

“Everything that could go wrong went wrong,” said Soros about the situation in Europe. In particular migrazioni crisis and the austerity policies of recent years that allowed us to get into power populist leaders. Soros also pointed to the “territorial disintegration” of the EU, citing the example of Brexit.

“The idea that Europe is in existential danger, is no longer a figure of speech, it is a harsh reality,” – said the investor.

To strengthen the position of the European Union Soros proposes to Fund the equivalent of the Marshall Plan for Africa to $ 30 billion per year. This should reduce migratory pressure on Europe.

Soros also suggested a radical reform of the EU, including the abolition of the requirements of paragraph about the mandatory accession of the countries participating in the Euro area.

Previously, Soros has been called one of the leading donors of the campaign for a new referendum in Britain on EU membership. We are talking about giving one of the Soros foundations, more than 400 thousand pounds ($554 thousand) of the organization Best for Britain. The organization argues that the current policy of the government to withdraw from the EU together with the termination of the participation of Britain in the European common market and the customs Union does not correspond to what actually want the British.