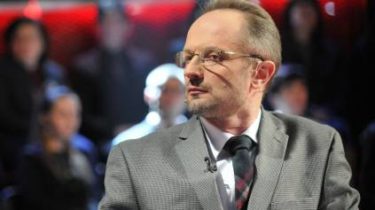 Ukrainian politician Roman Bezsmertny announced its participation in the elections of the President of Ukraine which will take place in 2019.

He stated this on 29 may at a meeting with journalists, where he presented logotip and the main theses of his election campaign, reports out loud.

During his speech, immortal criticized the current government and said that “state institutions in Ukraine need to start from scratch.”

Ivo Bobul goes to the President and said, who will take the money for the campaign

Roman Bezsmertny was one of the authors of the Constitution. He is a people’s Deputy of four convocations, was a representative of President Leonid Kuchma in the Verkhovna Rada.

He took an active part in the organization of the Orange revolution of 2004, was Deputy chief of staff of Viktor Yushchenko. He subsequently worked as a Vice Prime Minister of Ukraine on administrative-territorial reform, Deputy head of the presidential administration of the time of Yushchenko.

Nasirov hinted that he is going for the presidency

From 2014 to 2016, the immortal was the representative of Ukraine in the “political class” of the Trilateral contact group on conflict settlement on Donbass.