In the Donbas were injured four Ukrainian military 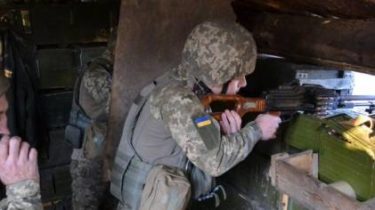 In the Donbas were injured four Ukrainian military

For Tuesday, may 29, in the Donbas the militants carried out 36 attacks on the positions of the Ukrainian army. One in nine cases of the heavy weapons.

“For the past day, may 29, the situation in the area of operations of the combined forces remained controlled and observed a relative decrease in the intensity of the fighting. Division of the United forces did not allow the enemy to improve the tactical position, were active in the defense and gave an adequate response to the enemy”, – stated in the summary of the press center of the joint forces.

During the fighting four Ukrainian soldier was wounded. They provide expert medical care, life threatens nothing.

“According to intelligence, three invaders killed and three wounded,” – said the press center.