Klimkin told about the behavior of Russia, when she “caught on hot” 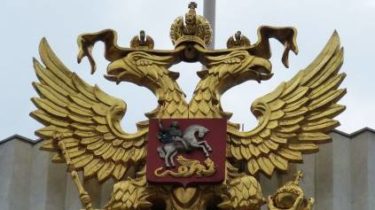 Klimkin told about the behavior of Russia, when she “caught on hot”

Moscow’s reaction to the statement by the Joint investigation team for MH17 was not surprised.

The denial by Russia of the facts about her involvement in the downed flight MH17 is not surprising, as Moscow showed the same behavior in the case of use of chemical weapons in Syria and himataki in Salisbury.

This was stated during a meeting of the UN Security Council, foreign Minister of Ukraine Pavlo Klimkin, writes UKRINFORM.

“Last week, investigators in a Joint investigation group was clearly confirmed Russia’s role in the destruction of MH17. As we all know, and now has received all the evidence of Russian missile system “Buk” was transferred from a military base near Kursk, shot down a passenger airliner and returned to Russia,” – said the Minister of foreign Affairs of Ukraine.

It is Russia to blame for the death in the skies over the Donbas almost 300 innocent Europeans. This has already been officially announced the Netherlands and Australia. The international investigative team – four years – the little crumbs were carefully collected evidence. And this week has shown the world what were not ready and in the Kremlin. He stressed that Moscow’s reaction to the statement by the Joint investigation team for MH17 was not surprised.

“In the past we saw this behavior (the Russian Federation) after chemical attacks in Syria and Salisbury. First is denial, the distribution of dozens of versions that have nothing to do with reality. When Russia caught on the hot, it refuses to acknowledge the conclusions of the investigating authorities under the pretext that she was not involved in the investigation,” – said Klimkin.

According to him, Moscow also complain that all her “weird version of events” were not taken into account.

“That is nothing new, and it’s very tragic,” he said.

He stressed that there is no doubt that the destruction of flight MH17 is a terrorist act.

“On 12 June Ukraine will submit a Memorandum to the international court with additional evidence of Russia’s violations of the International Convention for the suppression of the financing of terrorism. The blame for this and other crimes will be held accountable. Justice will be restored”, – said the representative of Ukraine.

Recall, may 24, 2018 joint investigative team (JIT), which is investigating the shooting down of the Malaysian Boeing over the Donbass July 17, 2014, presented interim results of their work. At this time, the investigators found that the Buk missile system, which was directly hit by Boeing, refers to the 53rd anti-aircraft missile brigade of the Russian armed forces, which is stationed in Kursk.

In turn, a group of independent investigators Bellingcat has established the identity of the Russian GRU officer, who is responsible for the destruction of MH17. Is Oleg Ivannikov Callsign “Orion”. In particular, he supervised the delivery and transportation of weapons in the occupied Ukrainian territory. He performed the same function and during the fall MH17.