In the updated Building trade unions will not be entertainment 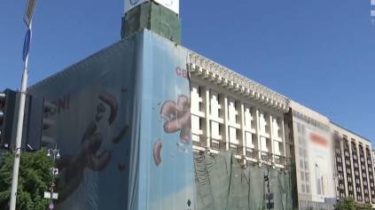 In the updated Building trade unions will not be entertainment

Today opened a facade of a renovated building.

The new face of the House of trade unions in the capital. After four years of reconstruction in Kiev launched a redesigned facade of the building, says TSN.16:45.

In February 2014, during the bloody confrontations, the building burned almost completely.

Without any announcements this morning from the House of trade unions began to remove the veil. White tile, new Windows. And no hint of a fire four years ago.

Even after four years still do not know how much inside during a fire killed people. So still continuing with the investigation, who set fire to the building. According to some reports – it was the police who wanted to smoke activists.

Subscribe to the page TSN Live and join our stream from the center of Kiev, where vidgreat the front of the House of trade unions.

Reconstruction has been at the center of scandals. And in fact today’s update is the result of the struggle, first and foremost, activists. They stopped here to open a café of the Russian network, subsequently staged a riot because of the illegal add-ons. The latest action took place again for trying to open a cafe in the style of the Maidan events. On the place where he died in the Maidan, the place was offered to drink and eat in the same surroundings. In the end the owners and the institution itself were evicted by force.

Now it will be without any entertainment – promises and Metropolitan authorities, and investors. Only office space. Will take part, as before, the trade Union organization. Part of the developer and his firm. And even a Museum of the revolution of Dignity.

Inside is still under construction. Most of the time it took the strengthening of the floors, which virtually destroyed fire. Another integral part of the House of trade unions – electronic clock. They are, as before, will be on the roof of the building. A full opening is planned for Independence Day.

After four years of reconstruction in Kiev launched a redesigned building facade. There was the headquarters of the Maidan. In February 2014, during the bloody confrontations, the building burned almost to the ground. Looks like today a landmark building and that will be inside – out journalists TSN. 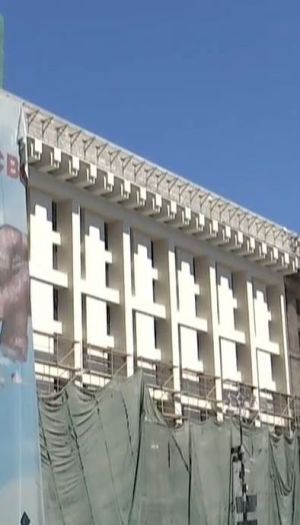