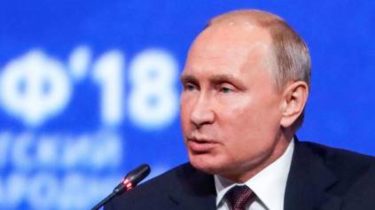 The Russian President commented on the situation around the “Nord stream-2”.

Russian President Vladimir Putin said that Russia is ready to save the transit of gas through Ukraine.

He said this at a press conference after talks with Prime Minister Boyko Borisov, reports RBC.

Putin noted that now is actively discussed a question of construction of the gas pipeline “Nord stream-2”, but how much gas will it be delivered is unknown.

“How much we save transit through Ukraine, and we are ready to save the Ukrainian transit is also the question of how much our customers now and in the immediate prospects”, — said the Russian President.

Recall that the Nord Stream 2, the founder and sole shareholder is “Gazprom” declared intention to build “Nord stream-2” to the end of 2019. The pipeline will connect the Russian Ust-Luga and German Greifswald, bypassing Ukraine. The EU promised to keep gas transit via Ukraine after the launch of the pipeline. However, the MEP said that “Nord stream-2” will increase the EU’s dependence on Putinand the speakers of the parliaments of Poland, Lithuania and Latvia signed a letter against the construction of the pipeline.

Videossa warn about possible sanctions against the pipeline “Nord stream-2”

Russia has already started to lay into Germany bypassing Ukraine under the Baltic sea. In the state Department believe – the project contains a security threat, because Russia will be able to set in a sea of spy equipment. In addition, it will increase Europe’s dependence on Russian gas. 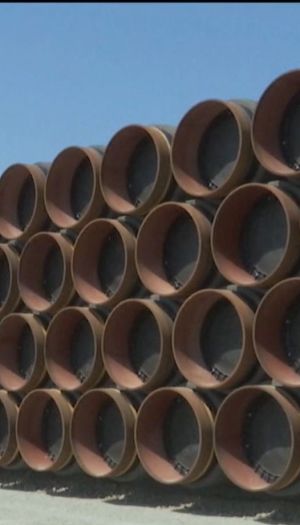