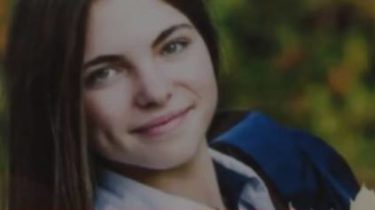 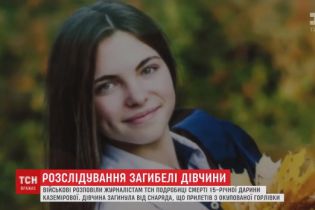 The military said the details of the death of Daria.

The film crew of TSN has learned the details of the attack near the Torets’ke, which killed 15-year-old Daria. The evidence clearly point to the culprits and that it was not a mistake but a deliberate attack against the civilian population, says the story TSN.Night.

Daria Kazimirova died from artillery projectile fighters. He flew directly to the courtyard with the occupied Horlivka on Monday. Military positions Ukrainian army in Torets’ke not exposed even at the beginning of the war, the military say. So the version that the militants targeted security forces, and got civil – reject. 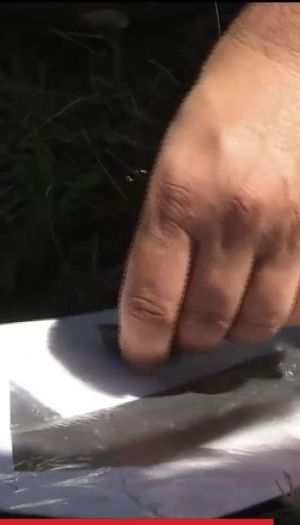 Neighborhood Turecka. The yard immediately after shelling. The experts record the death of 15-year-old girl, collected the fragments from a shell, put the compass and then have people, and a navigation determines the direction from which the projectile came, and who sent to the child.

“The enemy made an attack from the village Gorlovka” – said a senior observer of the Ukrainian side of the JCCC Roman Valchuk.

Military positions Ukrainian army in Turecka not exposed even at the beginning of the war, the military say. So the version that allegedly targeted security forces, and got civil – reject.

“The Ukrainian army does not place its military units in settlements in areas inhabited by the local population. Because it is a direct threat to their life and health. We are always put in the fields somewhere a little further so that you can be a little more maneuverable and keep fighting,” – said the representative of the press center of OOS Victor Subic.

Local recognize that locomotive, which would aim at militants in the town centre is not seen. Therefore, twice the bullet 120-m caliber in the same yard during the day – it was a deliberate attack against the civilian population, sure APU

The army say that to spread panic and aggression among the locals who stand in the rear of the Ukrainian army is the main goal of a fire in Turecka, Military stress: to hide behind the civilian population – the tactics of hybrid war, but not the Armed forces of Ukraine.

We will remind, the tragedy occurred in the village of Iron near Turecka, where the girl was staying with her grandparents. Daria studied in the 9th grade and only four days before the fire, celebrated a birthday. Police have classified the death of a schoolgirl in the Iron during the shelling as a terrorist attack.